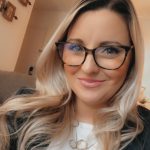 Lisa Staszewski joined NTP Events in June 2020 after working at NTP’s sister company – CSG Creative – for 5+ years.  Currently, she leads the NTP Event’s Marketing department as Marketing Director and is responsible for generating integrated campaigns for her clients while overseeing all account strategy and execution for exhibitor, sponsorship and attendee acquisition and retention programs across the company. She also champions marketing of NTP Events within the industry.

Prior to joining NTP Events, Lisa worked at NTP’s sister company – CSG Creative. CSG Creative is a full-service strategic and creative agency that focuses primarily on growing events and association membership. There, she led strategy and campaign execution for one of the largest industry tradeshows in the United States along with additional shows across varying industries.

Lisa attended Penn State University where she double majored in Marketing and Spanish. After college, Lisa traveled to Spain for a year to advance and cement her language skills by fully immersing herself into an English-teaching role alongside an all-Spanish-speaking staff.

She enjoys being outdoors – (specifically near water!), being active (she’s drank the Peleton KoolAid), spending time with family (watching PSU Football and the Philadelphia Flyers), traveling any chance she gets, exploring new restaurants, and of course, hanging with her dog, Mars.

What is your favorite way to kill time?

What famous person do people tell you that you most resemble?

Bought a one-way ticket to Spain without a place to live.

What is your dream vacation?

To spend 3 months on each continent.